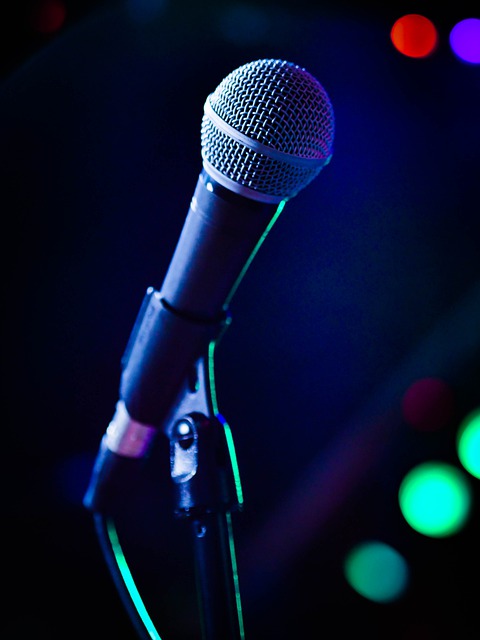 After months of Zoom gigs and online shows, stand-up comedy has finally returned to Dublin City. We caught up with comedian Damo Clark to discuss his progression as a comedian during lockdown and the hottest comedy night in the city.

“You find out a lot about yourself with this kind of thing,” Damo Clark tells me over the phone, reflecting on the past eighteen months.

Dipping out of conversation every so often to wrangle his Fireman Sam obsessed 4-year-old, Max, the Australian-born comic says that, as it turns out, standing in front of a room full of expectant strangers is a breeze compared to his current role of full-time dad.

“It’s a more full on job, we’ve learned that people go to work to get away from their kids,” he laughs. “That’s why everyone was so excited about the schools coming back. You can’t concentrate on anything, I won’t be able to finish this chat, I’m warning you now.”

When the coronavirus pandemic reached Irish shores, comedians knew their industry was in trouble. Rather than gravitating towards larger venues, the magic of stand-up can often be found in cramped spaces, the kind of rooms that squish strangers together, sitting shoulder to shoulder, creating a bodily conduit for a contagious giggle.

Despite the odds, though, comedy didn’t disappear during the pandemic. In fact, we relied on it more than ever; attending ‘covideo’ parties with Alison Spittle; watching online sketches from Killian Sundermann; and signing up to Zoom gigs with Damo Clark and Danny O’Brien.

“When you’re told what you can’t do, you find out what you can,” Damo explains. “Skill wise this has been bloody brilliant. The online stuff was tricky at first because you’re playing it like a live gig, but once I started altering it and figuring it out, it was great.”

“Don’t tell anyone, but I used to do prop comedy,” he adds, laughing, “there was a brief four-year period in the late 90s where I would carry around a bright red suitcase and I’d make mad stuff, but when people started calling me Carrot Top, I stopped.”

Although he retired his props over ten years ago (“I got tired of carrying stuff around”), the fast-talking comedian says the experience stood to him once he was forced to adapt to a digital space.

“On stage, I’m fond of a tangent – I can go off on one and I don’t know when I’m coming back – but you can’t do that on Zoom because you haven’t got the collective energy. So I was sticking to the short, sharp punchy jokes. Every two minutes you’ve got to shape things up.”

“Every prop in your house is at your disposal, you can take people on tours of your gaff,” he laughs. “I have a greenscreen now so I can put up pictures and backgrounds – stuff that I’ll probably miss when I’m going on stage!”

The online gigs were a sweeping success and remain popular, particularly for corporate gigs entertaining those working from home. In saying that, however, the Aussie comic is delighted to confirm that stand-up comedy has returned to Dublin.

Joining forced with Irish comedian Eddie Malarky, Damo is co-running The Craic Den, a popular comedy night that has returned to roaring success in its new home of Mulligan & Haines on Dame Street.

“The appetite is back and the comics were all free so we got really good line ups,” says a cheerful Damo. “The first week was just Wednesday, the second week it was Wednesday and Thursday, and the week after that we were running the three nights.”

“Everyone is just happy to be out,” he adds. “And there are a lot of tourists as well as a lot of locals, we’ve even got some regulars already!”

“The appetite is there so it’s just about getting the word out that live comedy is back. It’s currently limited capacity but, if all goes well, from October 22 it will be all about getting everybody in there.”

Hyped up on the return of stand-up, the energetic comedian could have talked for hours about his latest gigs but, unfortunately, Max needed him off the phone (Fireman Sam had some sheep to rescue). 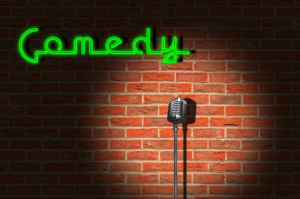 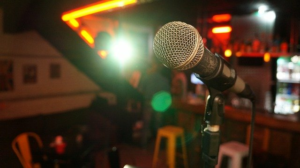