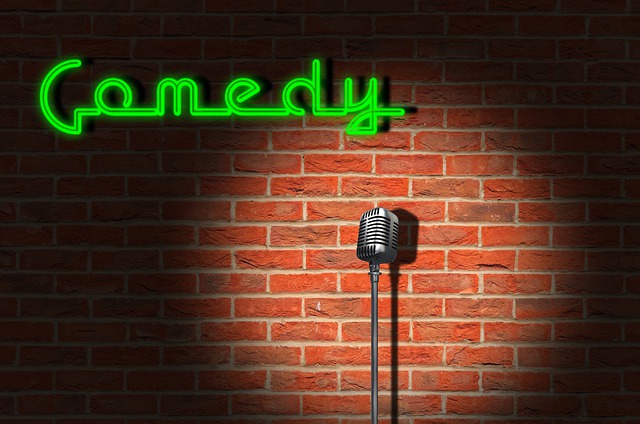 FOOTY legend Ally McCoist was born to make people laugh but his former TV sparring partner reckons he would have hated life as a full-time funnyman.

Since hanging up his boots the ex-Rangers and Scotland goal machine has become one of the hottest properties on TV and radio winning an army of admirers.

Ally and Fred were a hit on McCoist and MacAulayCredit: News Group Newspapers Ltd

He was voted best commentator at this summer’s Euro 2020 with a bagful of hilarious quips and one-liners while his cheeky jibes at fellow BT Sports pundit and Old Firm rival Chris Sutton usually go viral.

But stand-up Fred MacAulay, who helped launch Ally’s telly career when they co-hosted BBC talk show McCoist And MacAulay in the late 90s, believes his old pal would have run a mile from a career in comedy.

He said: “Ally is one of the funniest people I know, but standing on stage with a microphone in your hand is another matter.

“I know Ally does a lot of chats and things like that and he’s brilliant at it and he’s also one of the most, if not the most, charismatic men I’ve ever come across.

“But as for standing as one man, one microphone, in the spotlight, it’s a different game.

“It something comedians love to do, but whether he’d love to do it — I don’t know about that.”

McCoist And MacAulay aired on BBC TV from August of 1998 to August of 1999 and saw the pair interview a host of big-name stars, before Fred went on to spend 18 years presenting a daily radio show on BBC Scotland.

He was speaking on the first episode of the new comedy podcast Laughter Unlocked hosted by Scottish Sun journalist and novice comedian Simon Houston.

The series looks at the art of stand-up and leading comics talk about their own careers while discussing whether the ability to make an audience laugh can be taught — or if it only comes naturally.

Fred, who is joined on the opening episode by Glasgow comic Ray Bradshaw, has been a stalwart on the UK-wide circuit for more than 30 years, after giving up his job as an accountant.

He also reveals how he can still be struck nerves before live shows, despite being one of the most experienced performers around.

He said: “Absolutely, I do. It’s just a case of disguising it. I’m always nervous — it’s just different degrees of nerves. The more familiar you are with a room, the more comfortable you are.

“I’ve never done this as an experiment but I’ve often thought it would be interesting to take somebody’s pulse just before they go on stage.

“In the Comedy Store in London, you go out from the dressing room straight on to the stage. I would love to see what happens to you in that 60 seconds.”

Podcast host Simon was set the challenge of learning stand up comedy and had performed a handful of small gigs before the Covid pandemic struck.

His dream of performing a week-long five-minute cameo at the 2020 Edinburgh Fringe alongside established acts Raymond Mearns and Gary Little were dashed when the festival was cancelled for the first time in its history.

But he has vowed to put that disappointment behind him and pick up where he left off — with a view to become good enough to take to the stage in Edinburgh this year.

And in Laughter Unlocked, he interviews the best in the business to pick up some tips.

Simon said: “I was gutted when the 2020 Fringe was cancelled but I could hardly feel too sorry for myself because proper comics were being denied the chance to earn money, whereas I was a hobbyist.

THE man who produces Laughter Unlocked was one of the most recognisable faces in Scottish football — even though few fans will have known his name.

Former Ladbrokes executive David Macdonald often had the job of handing over the trophy to jubilant SPFL teams when the firm sponsored league football in Scotland.

But he left two years ago to set up TEN10 podcasts and now produces a number of sport and lifestyle shows from its Glasgow  studio.

David joked: “I was never far away when the trophies were being handed out. But I’m afraid I was giving them out rather than receiving them.

“People often give a double take when they meet me because my face is familiar to them — but very few will know where from!” David reckons listening to some of the funniest people in the country will provide the perfect tonic as we try to finally free ourselves from the misery of Covid.

He said: “We really do need a laugh after everything we’ve been through.

“January is a grim old month at the best of times and after the way the omicron variant and the  restrictions cast such a shadow over the festive season, we’re all needing a lift.

“It has been a blast sharing a studio with Simon and some of the comedians he’s had in  and I know he has some cracking names lined up.

“I hope as many people as possible follow Laughter Unlocked and enjoy it as much as I have.”

“But if I’m going to give it another go, I want to do it properly — and that’s where the podcast comes in.”

He explained: “There were a few reasons for getting Laughter Unlocked off the ground, not the least of which was to help get smiles back on faces after what has been a pretty grim year or two.

“It also offers another platform to some of Scotland’s best-loved stand ups, who are in an industry which was among the worst affected by the pandemic.

“Live theatre entertainment was the last sector to reopen so when other professions were back at work and earning money, comedians were still being denied the opportunity to make a proper living and it was really tough on them.”

The podcast kicks off on Monday 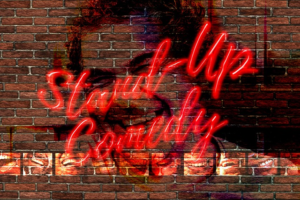 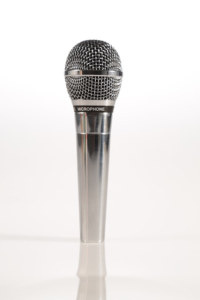 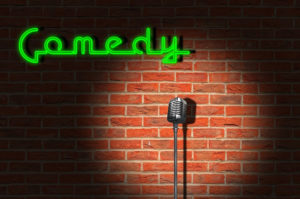